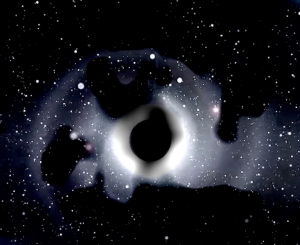 There is a city intimately

stitched within the city.

When you walk your streets,

you walk its streets too.

whose citizens are masters of navigation,

of adaption and survival,

of using senses other than sight.

But a peril is threatening the city.

once favourite buildings and parks

are causing sickness and injury

and now citizens are starting to disappear.

Some are organising to resist this threat

and are calling to you

to work with us, to take action,

to help uncover the mystery

of the peril threatening our world.

To join us you must learn our skills,

enter our city and retrace the pathway

of one of our disappeared citizens.

Only by uncovering the reasons

behind our citizen’s disappearances

can the mystery of the peril be solved

and our city be saved.

Will you join us?

Then roll the dice….

Dark City is a unique project in development by PECo theatre, in which people with a visual impairment [VIP’s] are leading and fully engaged in the conception, planning and delivery of the work.

It is an interactive, immersive theatre piece, that reflects blind and partially-sighted people’s experiences of city life.

By accepting the call to enter the city of threads, both VI and sighted audiences uncover rich, multi sensory, nuanced narratives that reveal VIP’s experiences of and contributions to city life.

They also discover that the peril threatening the city is in fact the sight-centric culture embedded in attitudes, infrastructure and systems that imperil, exclude and ignore.

The opportunity to save the city of threads from this threat lies in the shifts of perspective and transformation of understanding that take place in every individual who undertakes the journey and becomes part of making change as a result.

The piece puts VI accessibility in both development and final production first and foremost, a process that is being achieved through a dynamic, participatory process, in which VI artists and co-devisers are at the centre of the artistic creating and the heart of the decision-making, and a broader ongoing engagement with the wider VI community with whom creative developments are shared and opportunities to feedback on each stage of the work are created.

The process is further supported by an informal group of VI advisors with experience across the arts and public sectors.

The ideas and structure for the piece were developed through an eight month R&D process [October 2018 – May 2019] that included the company running first draft try outs at Arnolfini in Bristol in February 2019. These were a first iteration to develop a model for what will be 6 multi-sensory journeys at the heart of the City of Threads piece that will combine immersive audio experienced through bone conductor headphones with embodied, somatic multi-sensory elements as well as more traditional theatrical interactions.

The research highlighted the extent of the complex and various interlocking elements that needed to be developed for the piece to be successful, as well as the innovation that would need to go into creating them. It also brought to our attention the impact the project has the potential to make in the arts sector by sharing the learning from creating the work.

As a result of all this the aims for the project, beyond creating an imaginative, innovative, new piece of theatre, now include;

To ensure all those areas in need of being explored in significantly more depth are given sufficient development time and attention, we are currently fundraising to enable us to research, develop and undertake a second research and development process that will result in a first full draft prototype for public presentation in Summer 2021.

The approach for the continued development of this project has been created with the core VI devising group and has been made possible by funding from ACE, Bristol Ageing Better, the Quartet fund, Arnolfini and the Paul Hamlyn Foundation with additional support in kind from Watershed’s Pervasive Media Studio, University of Bristol, the Southville Centre and Greville Smyth Bowling Club.

We continue to receive expert advice, advocacy and marketing support from the project’s VI partners; Vision West of England and the Sight Loss Council.

Funded by the Arts Council, Bristol Ageing Better and the Quartet fund and supported by a residency at the Pervasive Media Studio at the Watershed in Bristol, the project is a development period for an immersive theatre piece called Dark City; an imaginative fiction, that aims to use the dynamics of myth and fairytale yet be based in the realities of people who are visually impaired and weave together elements of theatre, immersive multi sensory audio-visual and creative technology.

The r&d stage will:

share and collate stories of those living with visual impairment – this will take place at monthly Dark City sessions open to the wider VI community and feed into the content for the piece itself, as well as being recorded as podcasts and shared more widely through appropriate broadcast platforms.

explore the form and content of the piece – what technology, multi sensory elements, built elements, live performance will it involve and what narrative structure does it take

do this through co-devising the piece with a group of core collaborators who are visually impaired and who will also function as a steering group to the project providing expertise, personal experience, networks and contacts.

What are the ideas for the piece so far and what does the current stage of the project aim to achieve?

The Dark City idea came out of a kick start project funded by Bristol Ageing Better in Bristol in 2016. Developed in collaboration with an intergenerational group of visually impaired participants at Action for Blind People’s Stillhouse lane site, it aims to take audiences on an immersive, multi-sensory journey into a parallel, always present world; The Dark City.

At the roll of a Braille dice, one of 6 pathways reflecting a different journey of visual impairment is allocated. A narrator speaks directly to each audience member as they navigate their way through the city’s labyrinthine streets.

The aim is to create an imaginative, empowering experience that;

The future work will be aimed at both visually impaired and sighted audiences, initially in Bristol and the South-West. Those audiences will include visually impaired people, their families, supporters and carers – anyone affected by sight loss in some way – as well as local school groups and theatre and arts venue audiences.

The intention is to remove the barriers to engagement that typically exist for visually impaired people in both participating in the arts and in being an audience member, as well as actively encouraging those who might not usually engage at all. This will be achieved through an open participatory process of co-creation generating a feeling of co-ownership and connection to the work at both development and production stage and by making a piece of work that engages visually impaired and sighted audiences equally in a vivid and imaginative world, connecting everyone in one inclusive shared experience.

The project continues with its original intergenerational focus and, supported by a Bristol Ageing Better fund, includes a remit to ensure older people are integrated into the heart of the experience of creation and performance.

This current stage of the project will be unearthing stories and exploring three core questions;

These questions will be explored through trials, try-outs, field research and content creation.

At the conclusion of this development stage we expect to have created the content for the start of the piece and one of the six journeys.

Many of the original participants from the kick-start project continue to be involved and are being joined by new members who have been recruited since. Currently this group includes; Jeff Daniels, Alan Dyte, Lou Lifely, Nicola Durston, Barrington Chambers, Elanora Ferry, Kez Travers, John Vickery and Fanny Eaton Hall and has the potential to increase in numbers.

PECo core artistic team are; Rachel Aspinwall, artistic director [of PECo theatre and for Dark City] Tom Newell, audio-visual artist and creative technologist, Steph Kempson, writer and Holly Thomas, a visually impaired dance artist, who will be bringing her movement and contact improvisation expertise into the mix in this next stage.

The artistic team and the steering /co-devising group between them make up the core co-collaborators of the Dark City project.

Both audio-visual artist and writer have an internationally recognised mentor to support their aspect of the work, these are Duncan Speakman, an award winning immersive audio artist and sound engineer and Tim X Attack, an award winning writer who specialises in audio designed narratives and co-runs Bristol based theatre company Sleepdogs.

The project is also employing a further two teams members;

A producer whose role will be to manage administrative elements of the project [other than the Dark City Sessions] and develop the market for the piece through building relationships with co-producing venues and organisations in order to take it forward to production.

A Dark City Sessions Facilitator whose role will be to facilitate the Dark City sessions; finding and selecting story contributors and participants, collating visual impairment networks and contacts in the city – through working with the steering group and other partners – and facilitating creative conversations with visually impaired people to identify what creative activities people would like to have accessible to them in the city then working with partners and organisations to embed these activities into the city’s existing venues and organisations.

When will it take place?

The artistic content creation of the project will take place between October and March 2018 -19.

Dark City Sessions and their accompanying creative conversations will continue on into May at which point a proposal for VI accessible creative activities will be drawn up and the project facilitator will work to embed them. This aspect of the project will conclude in July 2019.