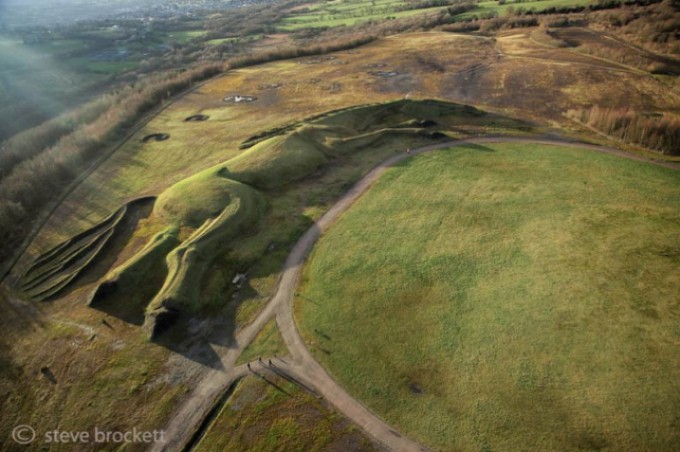 Rachel Aspinwall, Part Exchange Co and The Engine House’s Artistic Director writes about the seed idea and explains what inspired its inception.

Earthed is a project to create a new earth sculpture on an epic scale on a piece of land in Bristol and for its form to emerge through exploring the stories, myths and folklore of the landscape in which the city is built – and for the citizens of the city to be an integral part of helping make it.

The Inspiration for it came from seeing the landscape sculptor Mick Petts’ jaw dropping earthwork landforms that are the Stonehenge’s and white horses of our day.

Seeing them just gets you excited about not just landscape but humans interaction with landscape – be that rural or urban, our relationship to it and the deep rooted connection to our imaginations that it has.

With all the urgency surrounding the plight of the planet as a result of our negative impact on it, creating an iconic green earthwork that would inspire awe, wonder and excitement and encourage a greater sense of connection and stewardship felt like a really positive endeavor, and that, coupled with the almost childlike excitement about the idea of one of these landforms emerging in one of our city’s green spaces, is what is fuelling the fire on this particular project.

It features a central collaboration between the landscape artist Mick Petts and the writer David Lane. It’s a new thing for both of them to collaborate in this way – earth art meets narrative – so keep an eye out for the documentation of their processes in the viewing chamber as the project develops.