On Saturday morning I woke up feeling quite nervous about having been asked to write something for the RNIB centre in Bedminster, something which I would perform before the end of the day to an audience of staff, visitors and centre users and might even be translated into braille(!). Part Exchange Company had asked me to be writer in residence for the day during Bristol Doors Open Day, and I had been in and met some of the (exceedingly friendly) staff a week and half before. During that visit I had loaded up my bag with leaflets and documents and discovered an amazing history behind what at first seems a rather unremarkable building.

Historically, Bristol has been providing support for people with visual impairments since 1793 (probably the longest running charity in the UK), lots of this was by providing school facilities for blind children and employment training and employment. It’s kind of amazing when at the time there was so little charity going on, and there wasn’t exactly the most friendly attitudes towards people with disabilities. But there you go, Bristol was full of Quakers and the Quakers were ruddy marvellous with their charity.

Arriving at the centre there is nothing particularly stand out about the building itself. Or at least not immediately. It was built in 1993 on a ex-school playground and is home to two connected charities – Royal National Institute For the Blind and Action For Blind People. It’s very like a lot of buildings built around the time. But once you start talking to the staff it’s kind of amazing how much is going on here. The services provided include counselling, tech training, activities, social clubs, rehabilitation, home visits, assistance in gaining and staying in employment, amongst other things. And though this building might seem ordinary, the design was cleverly researched to make it as accessible for those who are partially sighted or blind. The acoustics for instance are perfectly designed for using a cane with.

The staff are incredibly friendly and chatty as well. I guess when what you hear is more important than what you see then cheerful conversation and friendly voices are a necessity. I’m later told that some people can become quite isolated, so chatting and providing a social element is as important as helping someone learn how to use a cane. I mentioned this to one of the staff and she said “You’ve got to learn to listen and hear what people say in order to work out what people need, because they might not know, and they may have just come in for a talking alarm clock, but what they actually need is to speak to our councillors.”

I’m a theatre-maker and storyteller, and my stories are often strange fictions based loosely on real life events. I came hoping that one person’s story might strike me above others, giving me a hook, a place to jump off, but what I actually found was a hidden history and a place that more people should know about. So that’s why I wrote “The Invisible Palace”, something like, but not quite an essay or a poem which is meant to be read aloud. One which celebrates such an ordinary building where a lot of extraordinary things happen.

(watch a video of the live performance here!)

Steep kerbs and cobbled roads, and a road name as oblique as the flats surrounding it are un-atmospheric. Stillhouse lane. There is a puddle of stillness here, a small oasis, it doesn’t look like one. It looks like a school built in the nineties, an anonymous council building, it’s not ugly, but it doesn’t exactly strike your soul with it’s beauty, it’s history or it’s elegance. It’s functional, it is smooth-round-the-edges, it is unobtrusive.

But this place, it is a sight for sore eyes.

The people that come here, they don’t judge it by its appearance, by its porthole windows, strange colour scheme, and its “ambience”. For some people this space is a palace of treasures, of helpful technicians, soft-voiced listeners and knowledgeable guardians, and the strange flooring, colour scheme, abundance of windows and concert hall acoustics are all part and parcel of a building fine-tuned to it’s users.

So keep your Cathedral, your Redcliffe Caves, your 250 year-old theatre. They’ve got their charms, but this place is here to welcome those without sight with open arms. And as the locals puzzle over why there’s such a buzz for blind people to visit Bedminster, shut your eyes and imagine what it’s like to sit there in darkness, really try. There’s probably a flicker in your eye or a twitch in your facial muscles as you shut the world out, and probably something inside you just wants to look and know what’s going on beyond the skin of those held shut lids. But as you settle, grow used to it, relax your face, breath deeply and listen, you begin to hear other things.

Everything about this place says “Safe”. This room, its acoustics are here to help you steer a clear course and locate yourself, to give you the listening abilities of an actual bat-man. But that’s not its only purpose. Activity room number 1 has seen a lot in it’s twenty-two years. It’s heard the scratch and clip of basket-weaving, the clear voices of a choir, and the clatter of hands in the kitchen.

And the people? Picture them. Use the arms and legs and eyes and smiles which you chose. For that’s what some of them have done for you.

Alan, king of this castle, a volunteer here for twenty years, a talking book of tales and experiences of his own, whose journey from Cambridge, to Scotland, and back again before coming to Bristol, is enough to hold you for far longer than you meant to stay. He is a champion domino winner in the Thursday Morning Social club, and an inspiration seeker. He can tell you about the world’s fastest blind motorcyclist (164mph) or the world’s fastest blind powerboat driver (114mph), just to remind you that everything is still possible even when your world is soft-focus black and white. Humour constantly rears its head, in Alan’s conversation, take it as read that there is no such thing as a lost cause. He’ll tell you how the Thursday social club call, “see you next week” to each other as they climb in to taxis, smiling.

The staff are friendly and practical, and the stories they share and the confidence in all people’s abilities to learn new ways to live, even in the most challenging of circumstances are genuine. They will lead you through the simplest of tasks, sometimes you don’t even need to ask and they will teach you to use a stick, a dog, a computer to continue through this world which for some, at first, might feel like one made of cliff edges and sharp corners. Give these people a fitting form in your head. Sally, Susie, Heather, Liz, Cat, John, Keith, Scott, Polly, Claire, Pip, Tom, to name but a few of the numerous people who populate this palace.

There’s the technology suite with talking computers, who speak super fast like Stephen Hawking in a rush, or the lending library with audiobooks, or the rehabilitation team with their problem-solving for every client or the resource centre with watches for giants. Or, everybody’s favourite, the guide-dogs.

And the people for which this place was built? Let’s take a moment to hear of a girl who told no one about the pain that curled around her head, for fear of missing the chance to be a bridesmaid instead, and woke up without the ability to see the day she’d waited for, her clean white patent shoes by the door, or the people who worry about becoming a burden, and without work have to learn to find value in life through other means. All they need is a little patience, a little space, a place to lay their worries down so that in a mire of mounting difficulties they do not drown.

Bristol has a lot of things to be proud of, but the fact that we’ve been lending help to those who cannot see since 1793, is one more badge I’ll appreciate and think of when my bus is running late. Here, their ‘work to access’ scheme has been running since the start, but this is one that has real heart. Each person met and assessed for their specific needs, so that there is every chance that they will succeed.

So with your eyes still shut, gold-leaf the walls, paint ornate masterpieces on every door, chose your favourite colour scheme and make every surface gleam, when you imagine this invisible palace in all it’s true glory. For it is a site for sore eyes. 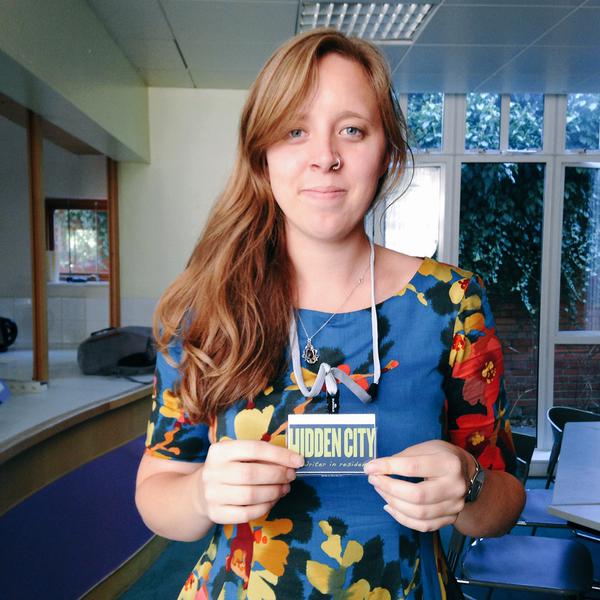 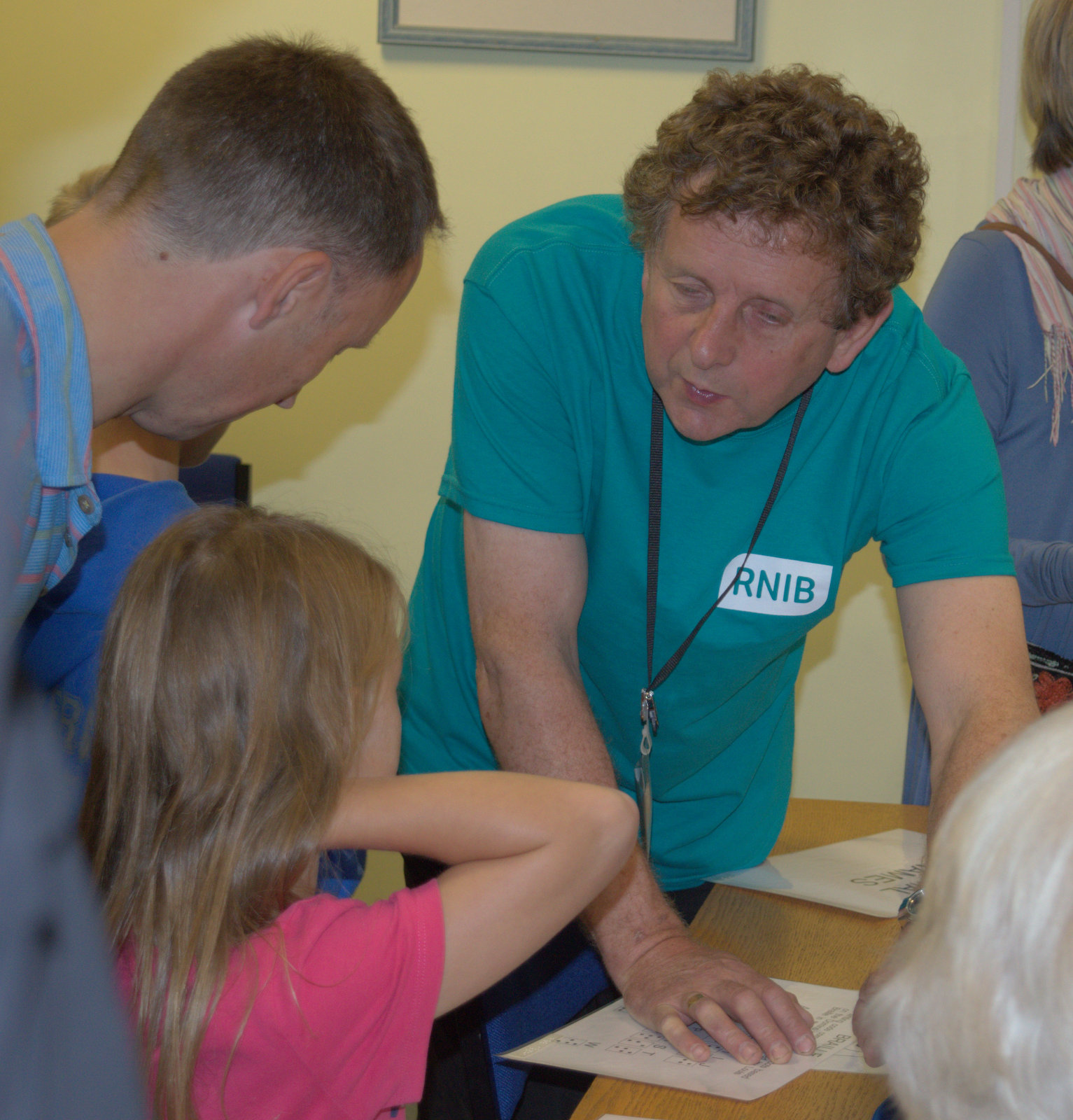 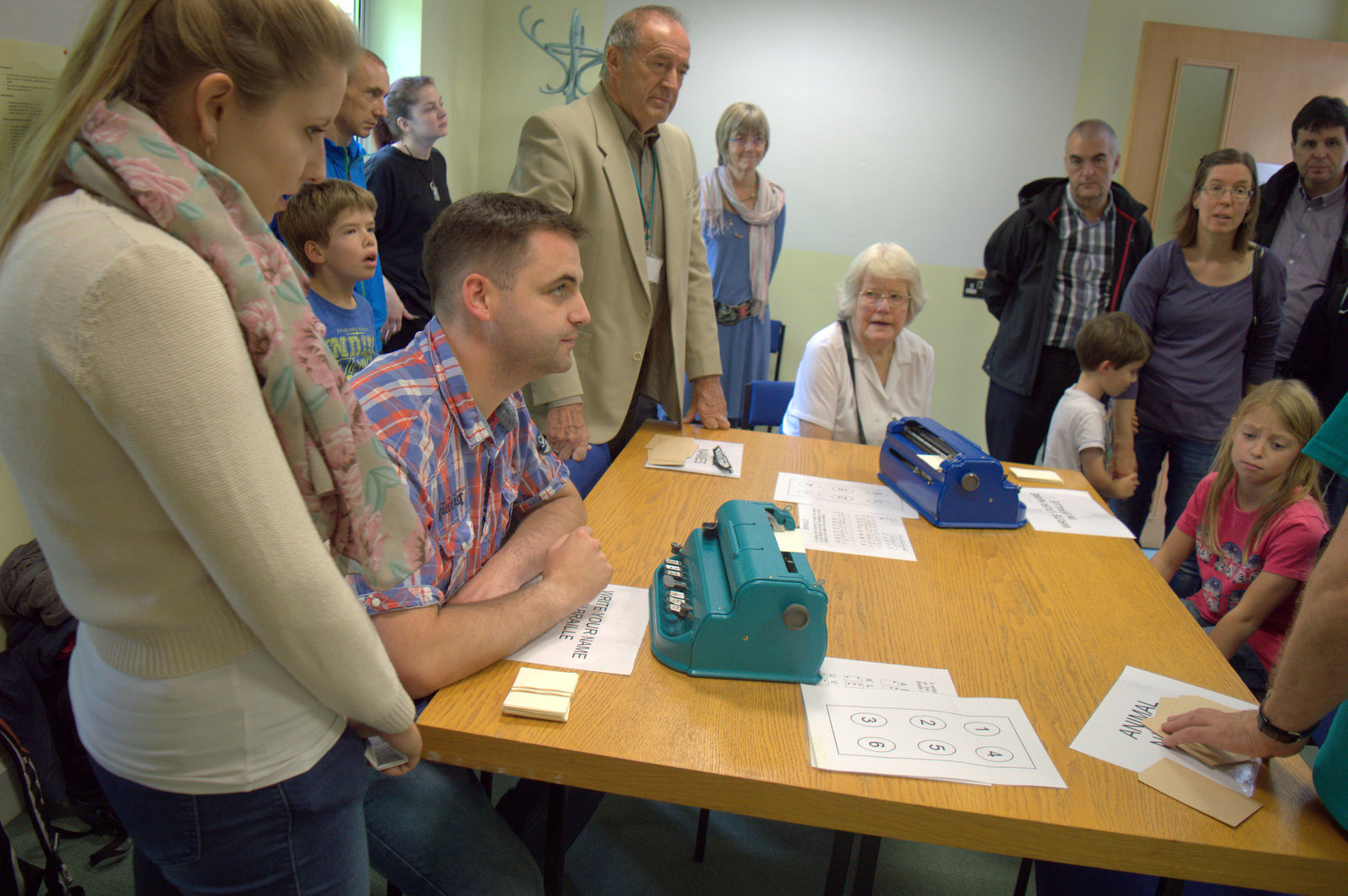