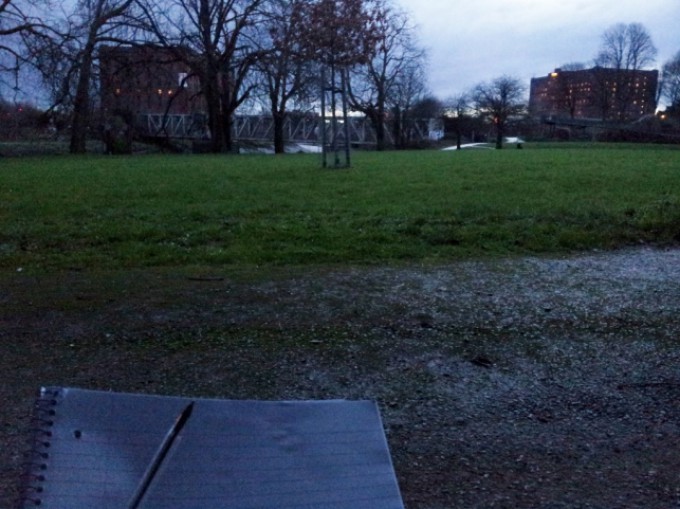 David arrived at Ashton Meadows before dawn on January 9th, undertaking a day of various exercises to get his head around the site. You can see some of the images from the day in theField Trip photo diary. Below are a few pages from the notebook and some text that particularly caught his eye. 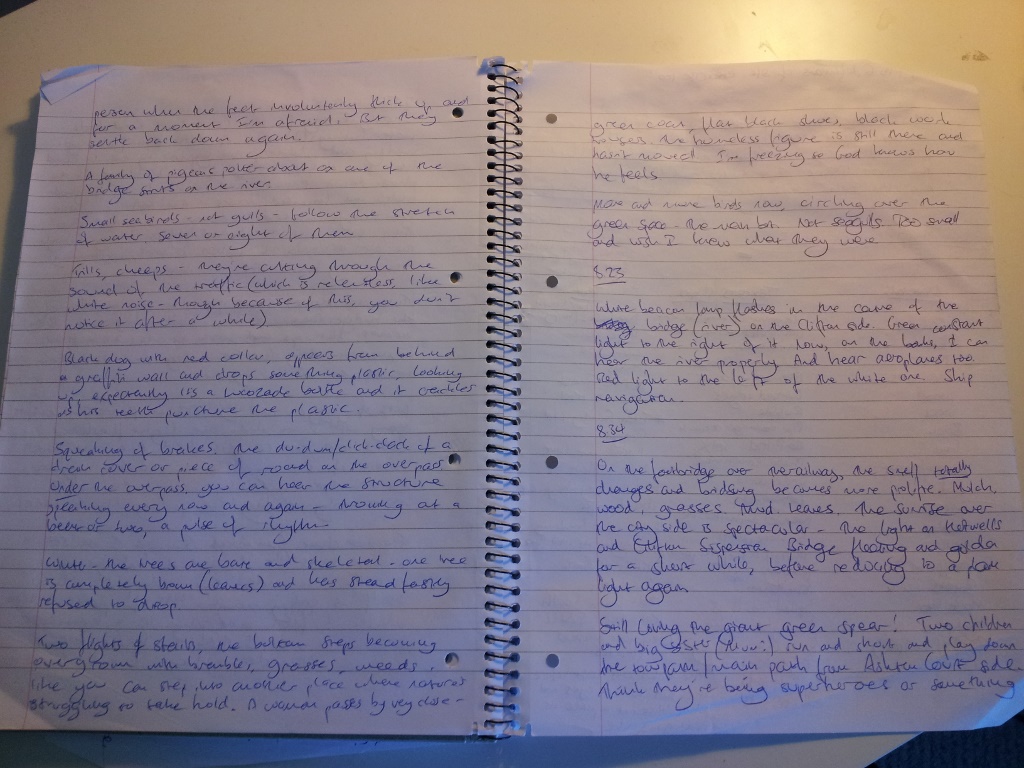 7.33am – 8.00am: ‘I’m not alone. From about 50m out I can see a mound, looks like discarded binbags and a traffic cone under the underpass: which itself is spooky enough – lots of places to hide which I find unnerving. It’s a homeless person – a man, I think, too big/tall for a woman. Blue sleeping bag. I only know it’s a person when the feet involuntarily flick up and for a moment I’m afraid.’

8.34am: On the footbridge over the railway, the smell totally changes and birdsong becomes more prolific. Mulch, wood, grasses. Mud. Leaves. The sunrise over the city side is spectacular – the light on Hotwells and Clifton Suspension Bridge fleeting and golden for a short while, before reducing to a plain light again. 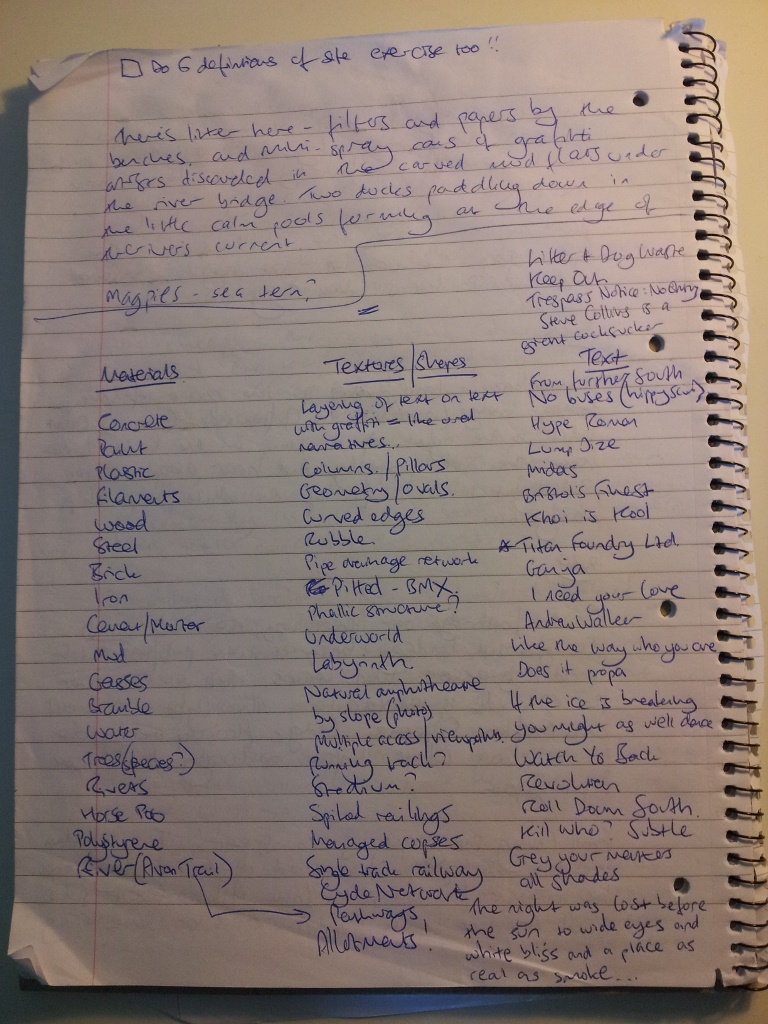 Notable excerpts from the ‘text scrape’ – a documentation reccy that picks up written text, anywhere, within the boundaries of the site:

Coffee and breakfast in the morning then led to some internet-roaming on myths of the land and their construction. 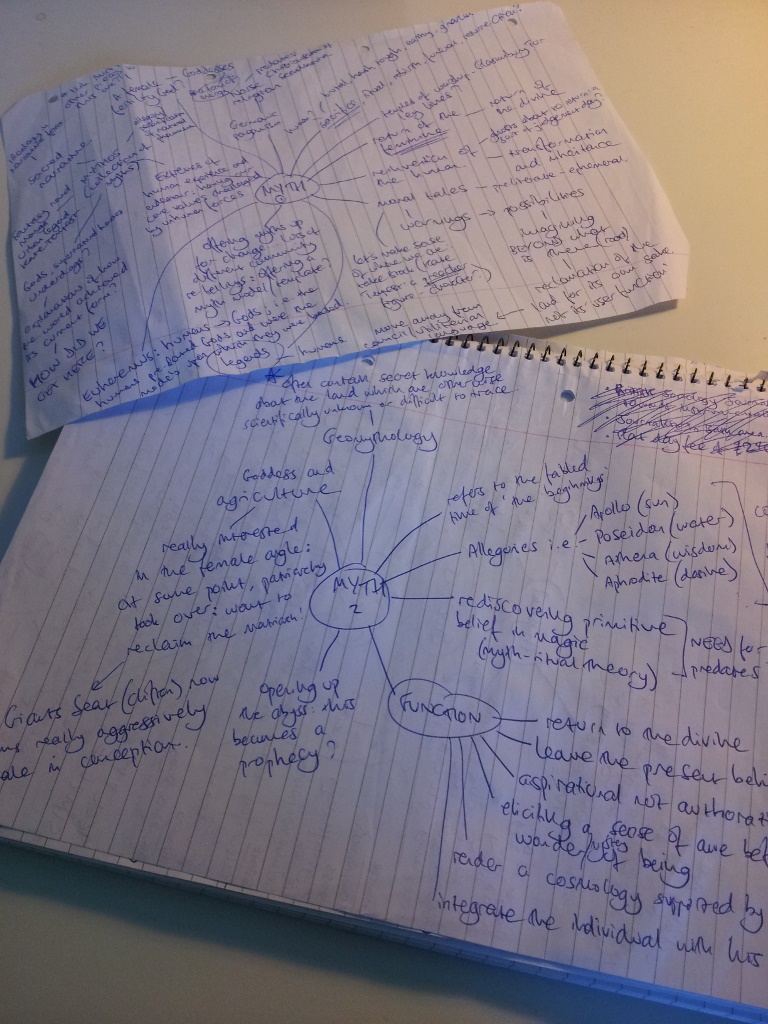 ‘Extremes of human experience and endeavour: having our core values challenged by inhuman forces’

‘Transformation and inheritance…imagining BEYOND what is there’

‘Eliciting a sense of awe before the wonder / mystery of  being’

‘Integrate the individual with the group’

You can see how some of this research contributed to the thinking behind Earthed in A New Land Mythology.