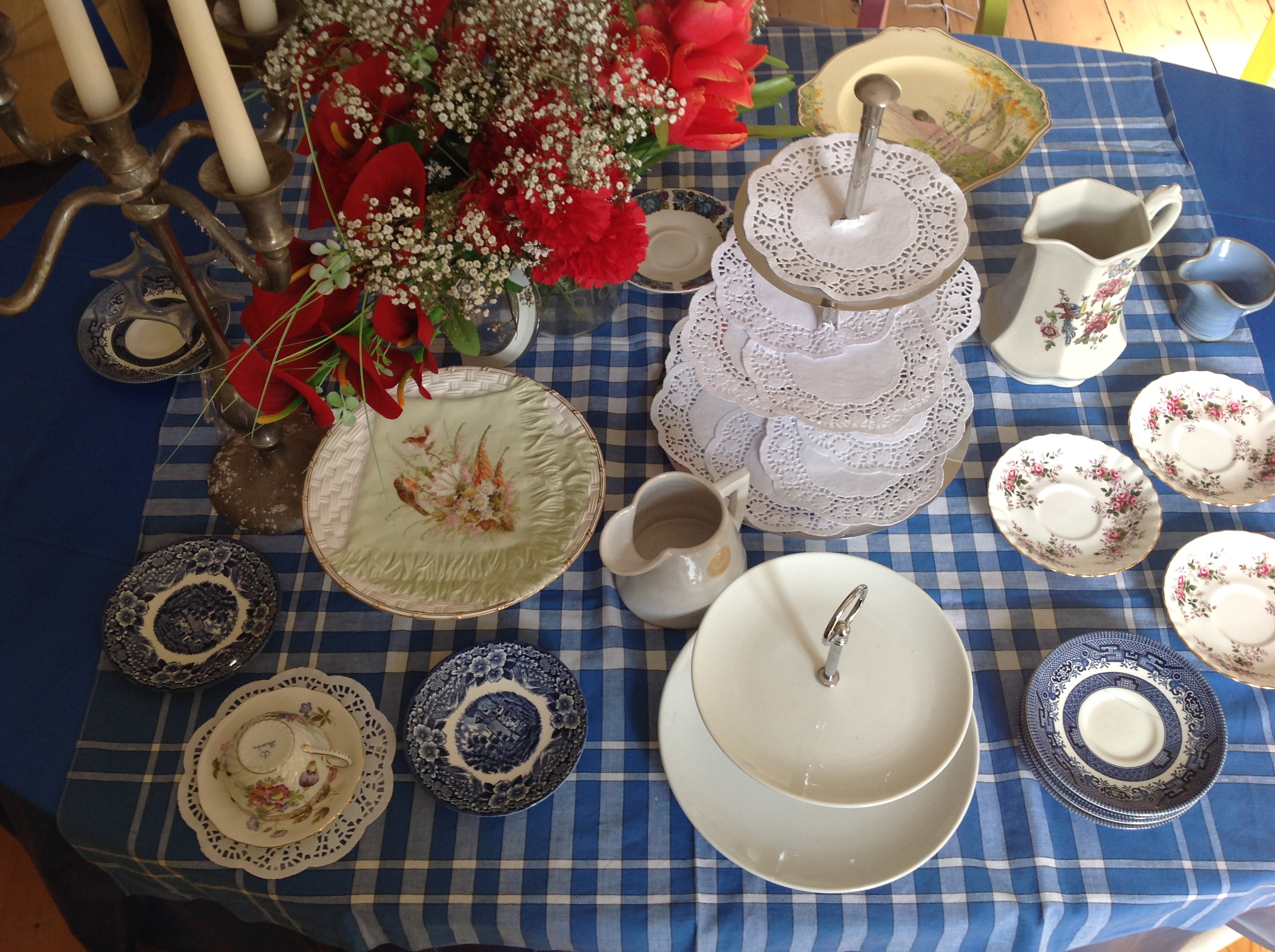 The Place Based Theatre Club is being funded by Bristol Ageing Better and is in association with LinkAge older people’s charity. Our aim is to create an inspiring and accessible course of sessions exploring making a piece of theatre inspired by the site at 10 Stillhouse lane, with a mixed age group of participants, some of whom are sight impaired and some not. The project comes under our Sentient City umbrella – exploring how buildings of value might share their stories. We began the process with a ‘Memory gathering tea party’ in October, an open-to-all event, encouraging anyone interested in, or with stories, memories and history to share about the provision for the blind in Bristol and the custom made building at Stillhouse lane to come along and take part. 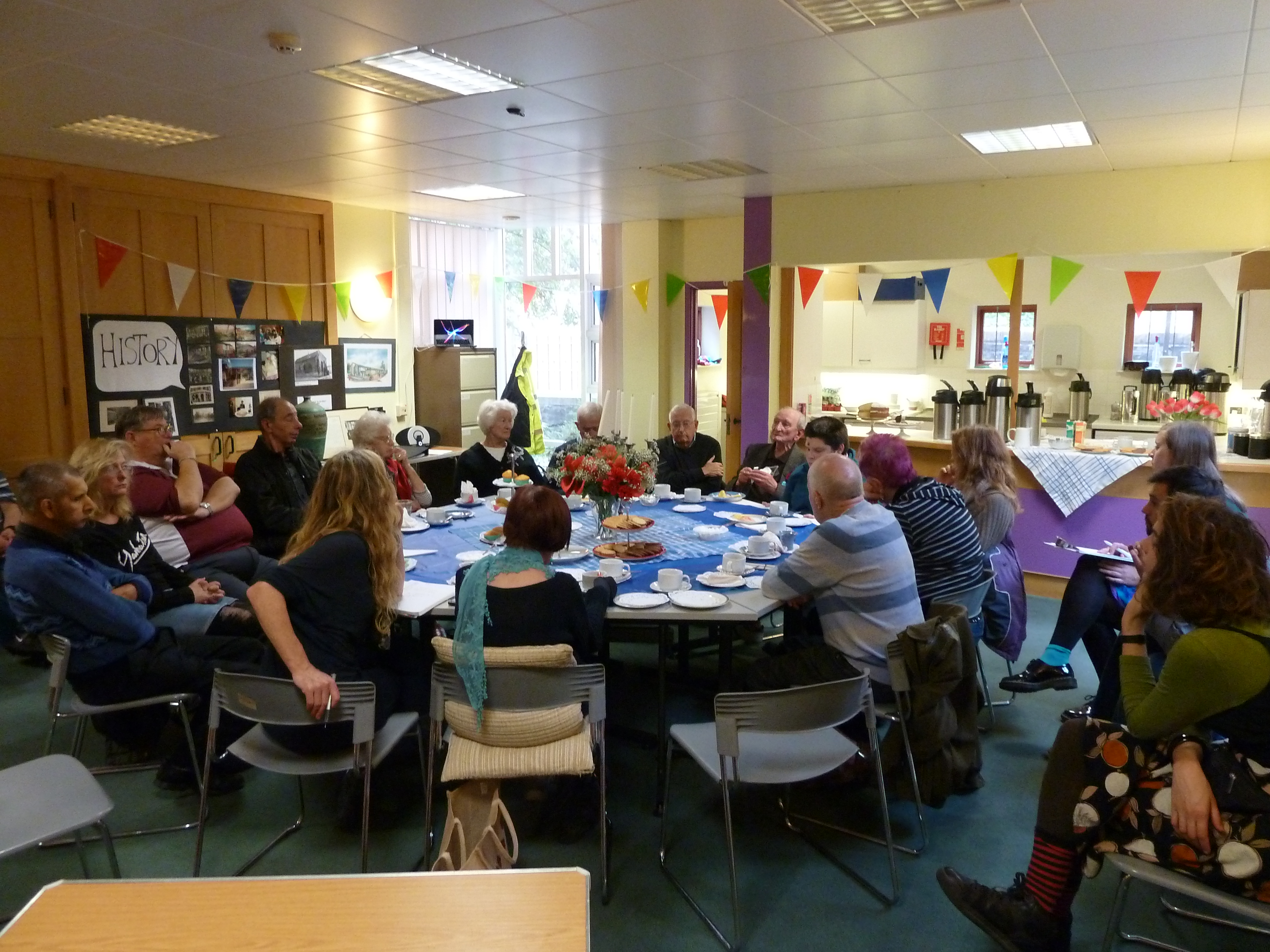 At that session and in the sessions since, we have been deeply affected by many of the stories and memories people have been sharing about arriving there for the first time, as well as their own experiences of living with sight impairment and the journey of sight loss itself.

One participant at the first session said that the centre at 10 Stillhouse Lane was ‘not a building but a gateway, a gateway back into the world’.  Another spoke of being ‘scared out of his wits’ and that the centre gave him ‘a way forward again in life.’ 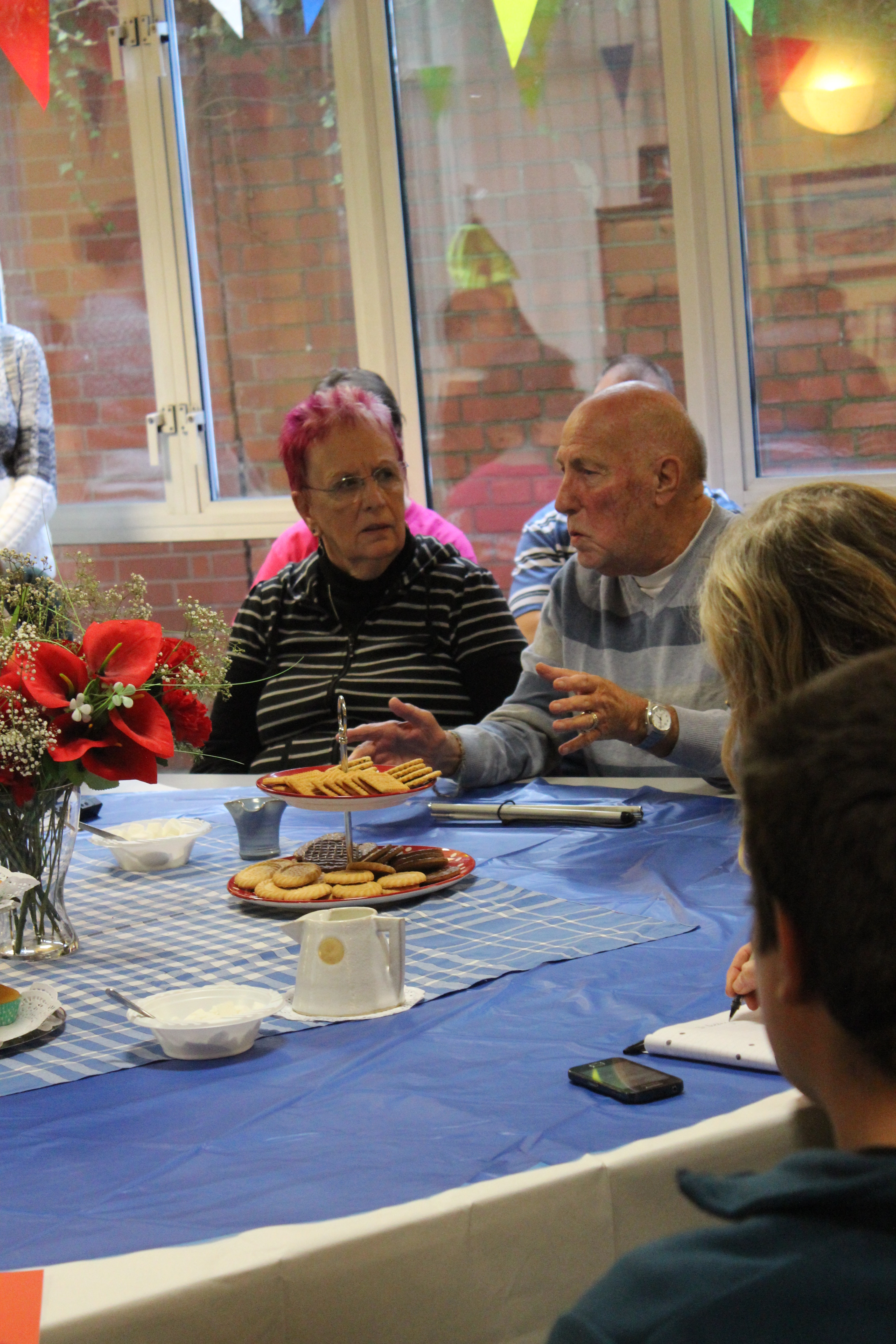 Many shared experiences of the centre; of a warm and supportive environment, of friendly staff, of a community of people who understand the challenges and realities of living with sight loss and visual impairment. Of interesting and inspiring activities to take part in and new life skills to learn with the most across the board being the transformational qualities of technology. One centre user said ‘This place provides knowledge. As a blind person you don’t know what you don’t know, so you need someone to let you know what’s out there, within a month it had completely transformed my life.’ 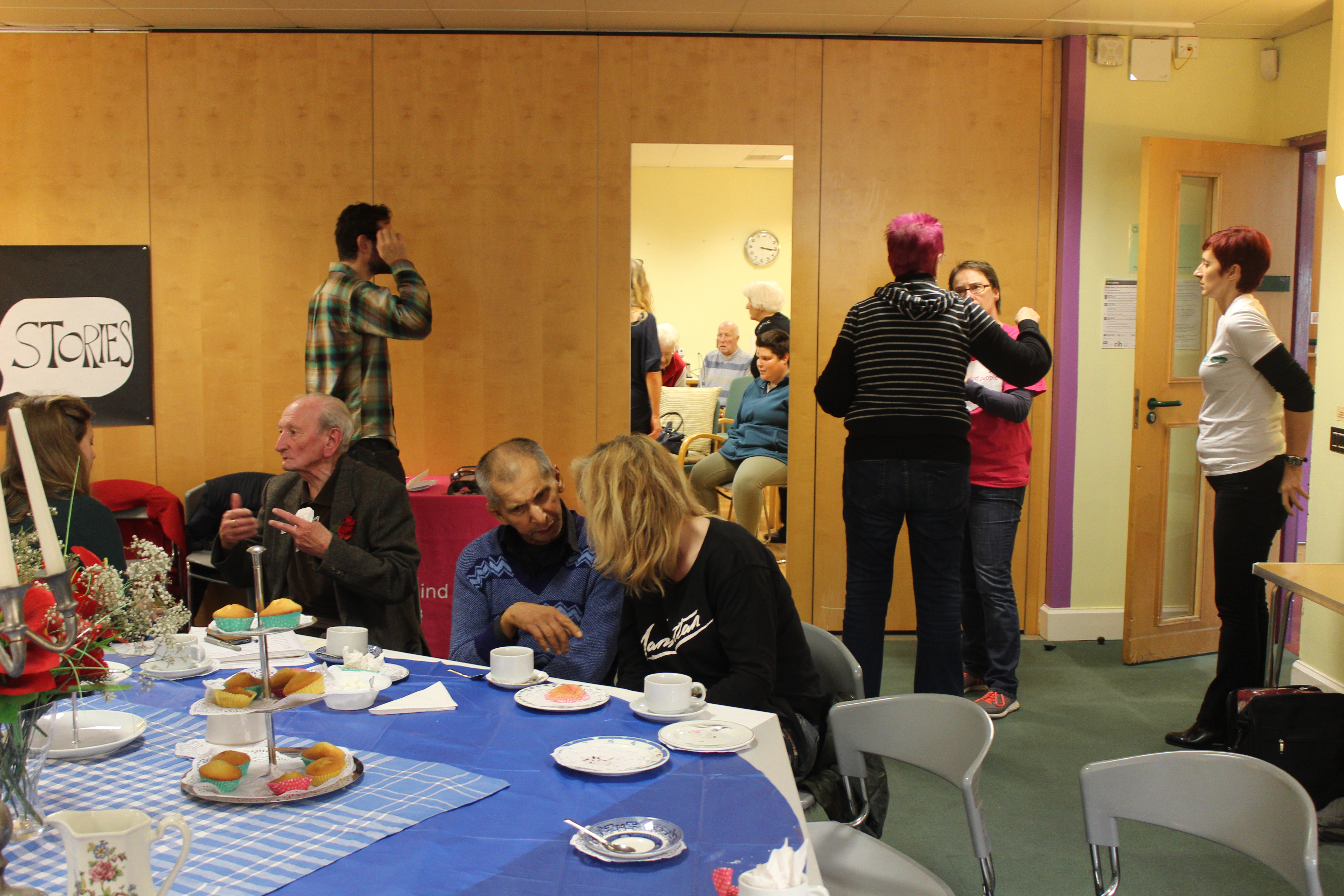 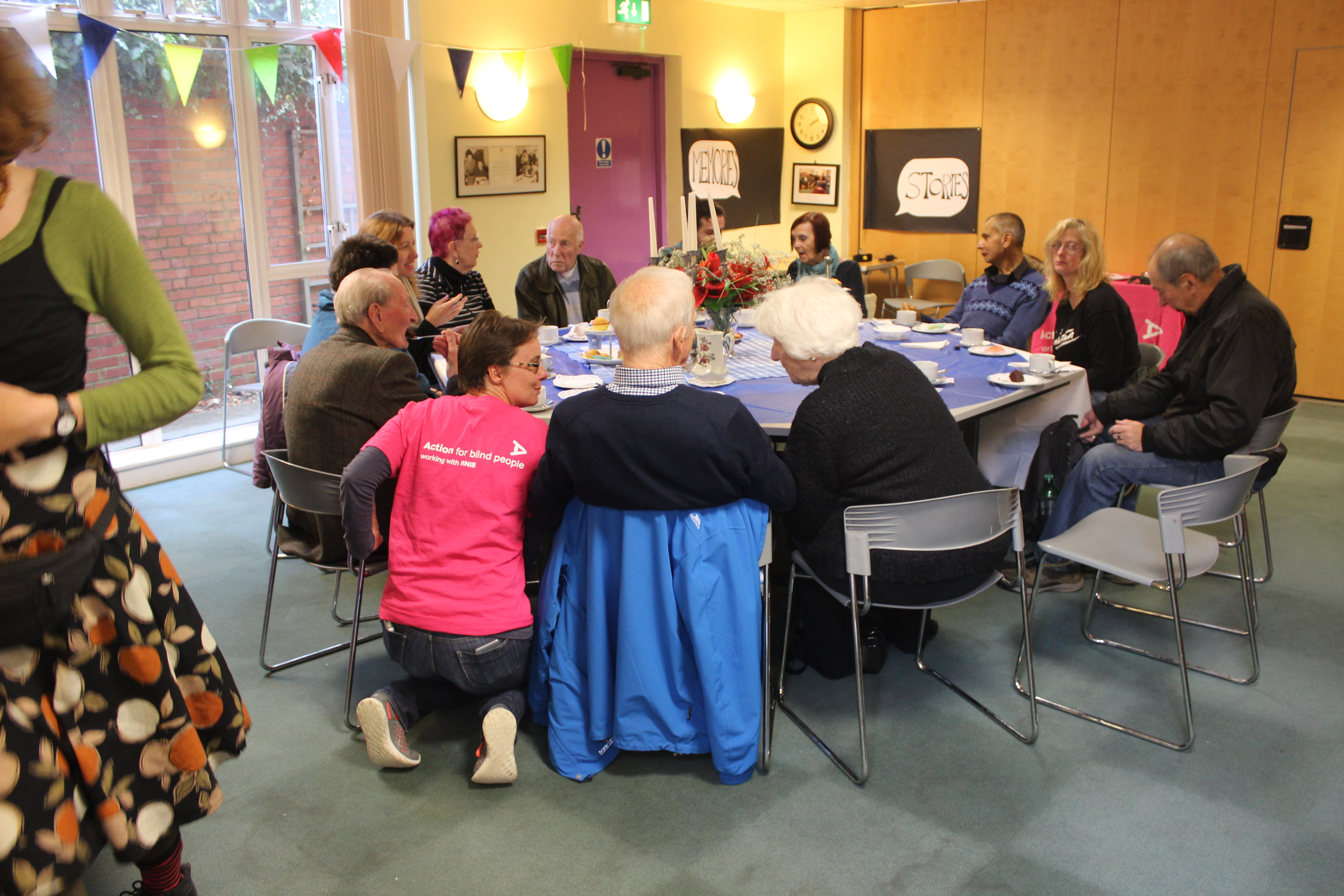 Sighted participants had equally interesting perspectives to add, one admitting that her first time coming to 10 Stillhouse lane as a volunteer she was ‘very nervous’ and that it was ‘fear of the unknown’ as sight loss was something she knew nothing about.

The centre has its fair share of archived material that doesn’t normally get to see the light of day, so we dusted some of it down and presented some of it for the participants to get a look at. 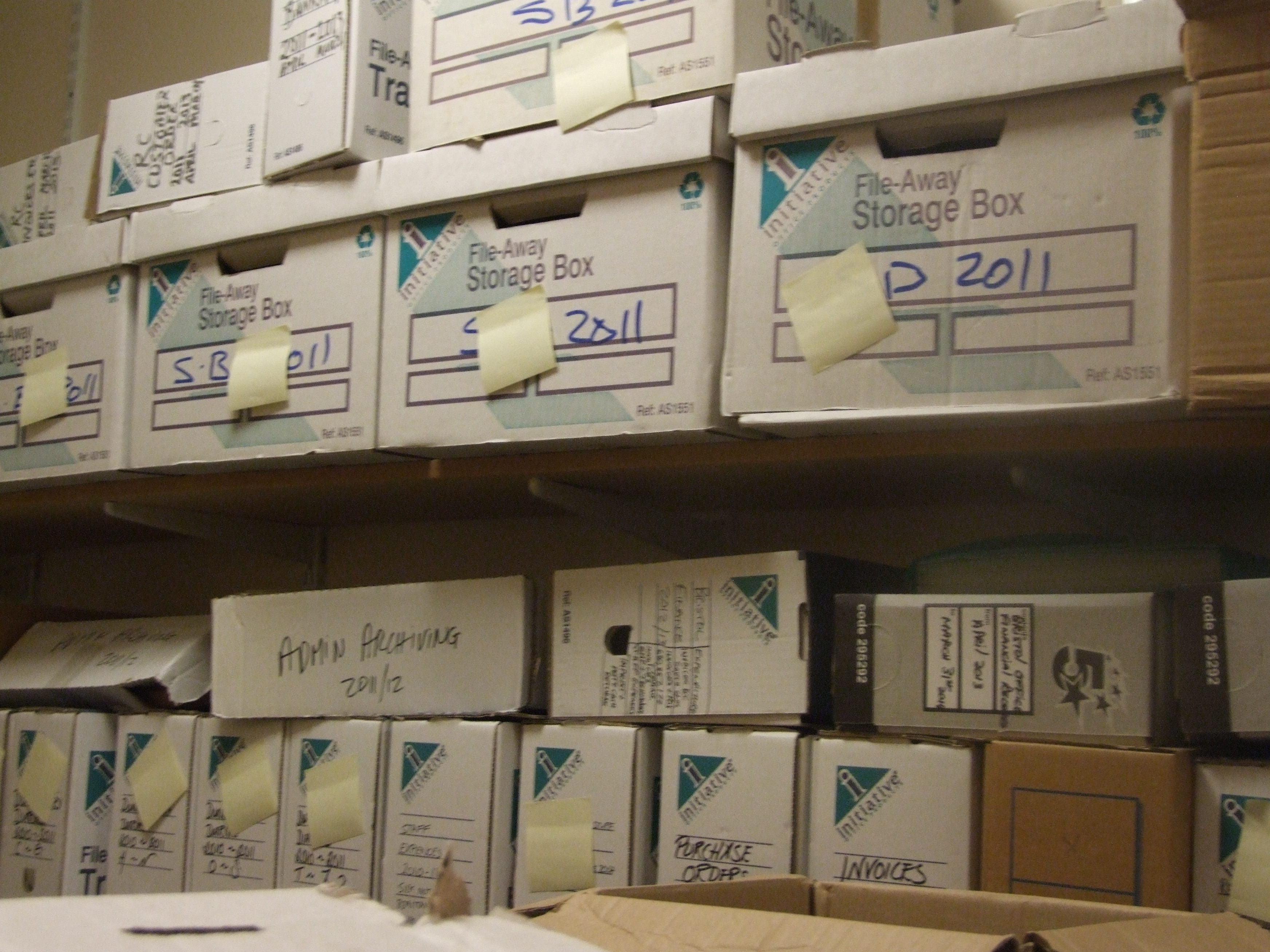 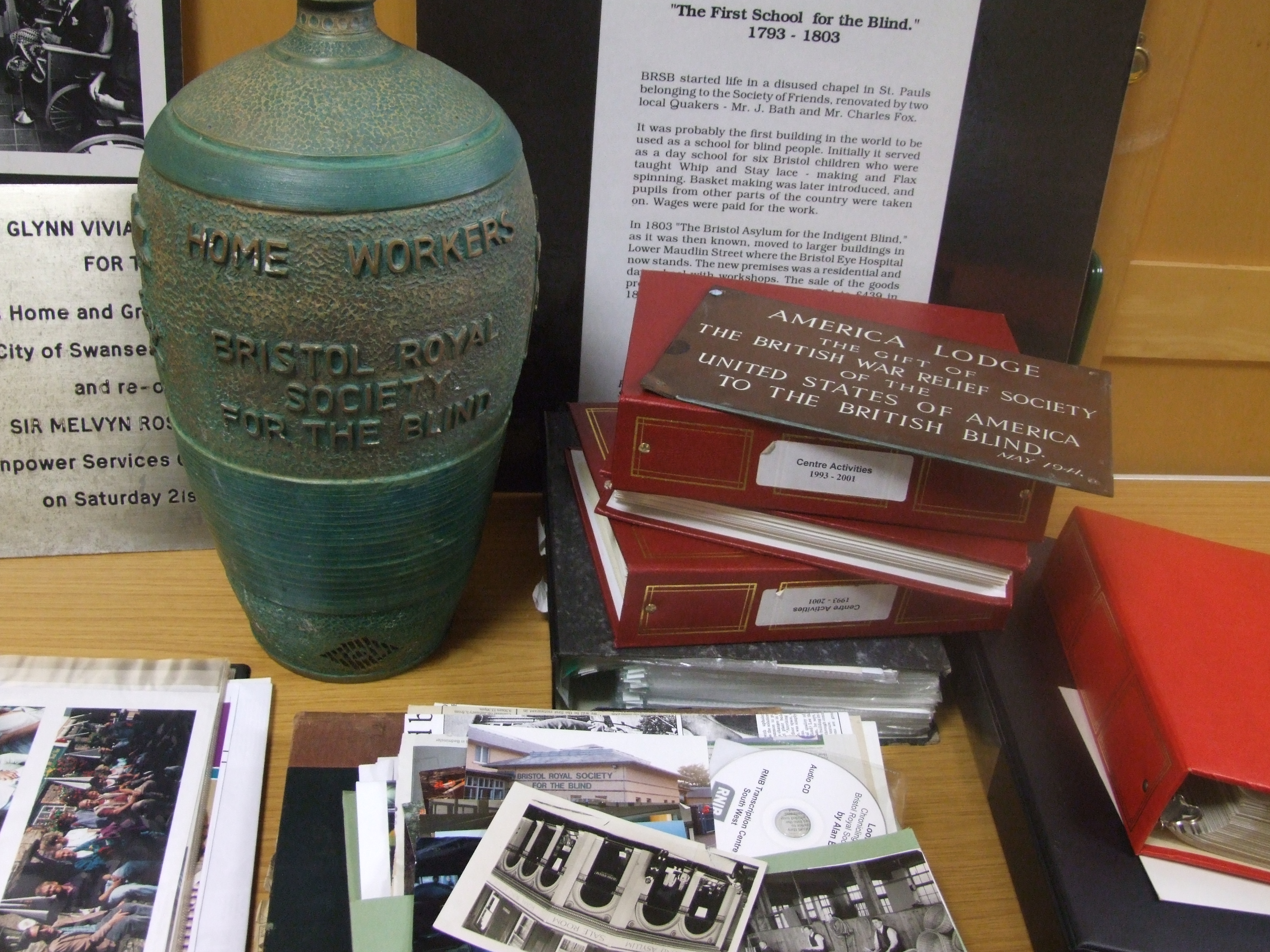 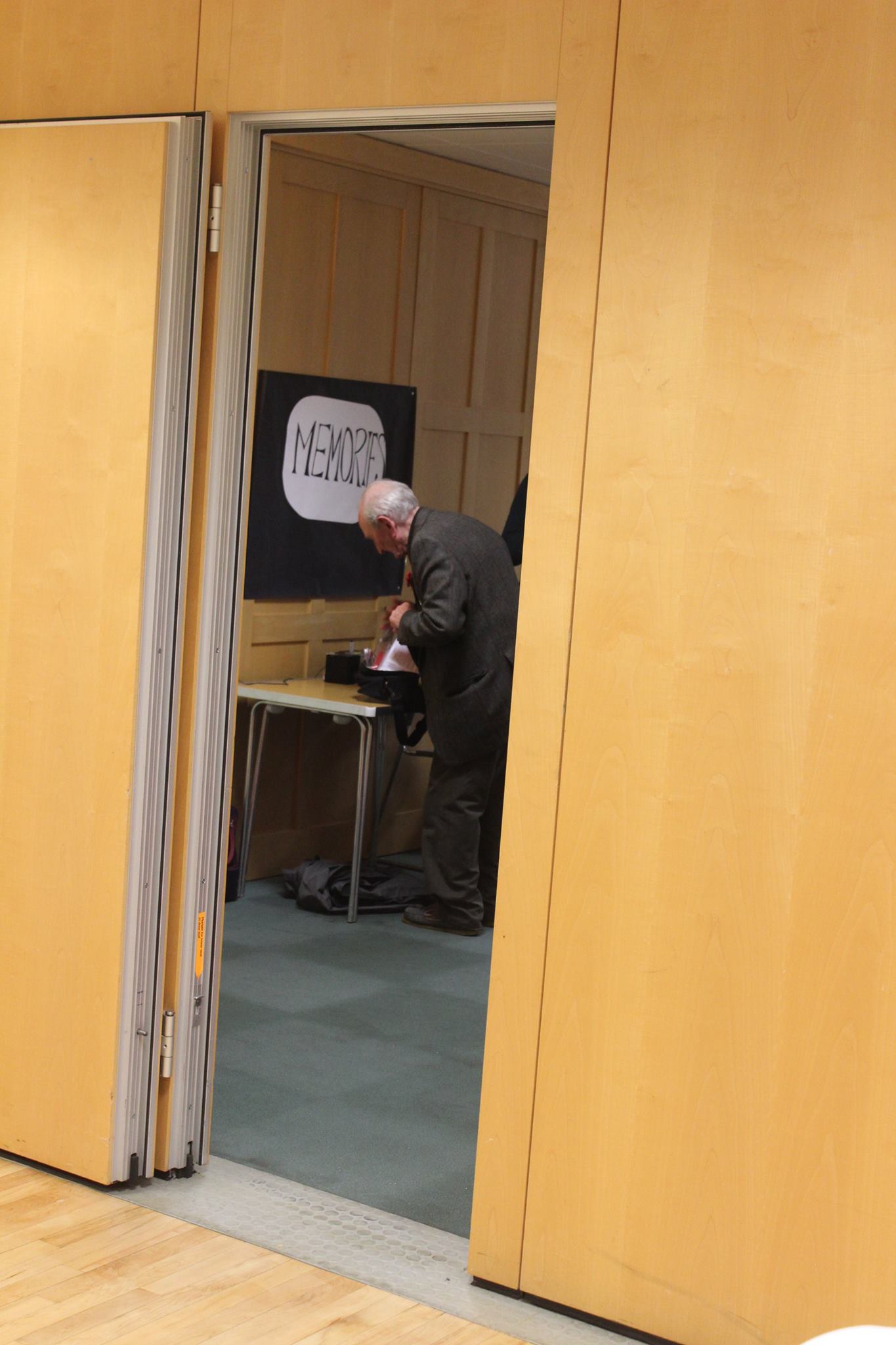 We also tracked down John Fjeld, one of the original architects of the building and, despite his being away for the event itself, he agreed to us making a short film of him talking about the experience and learning involved in its design and build. You can watch this by clicking on the image below. 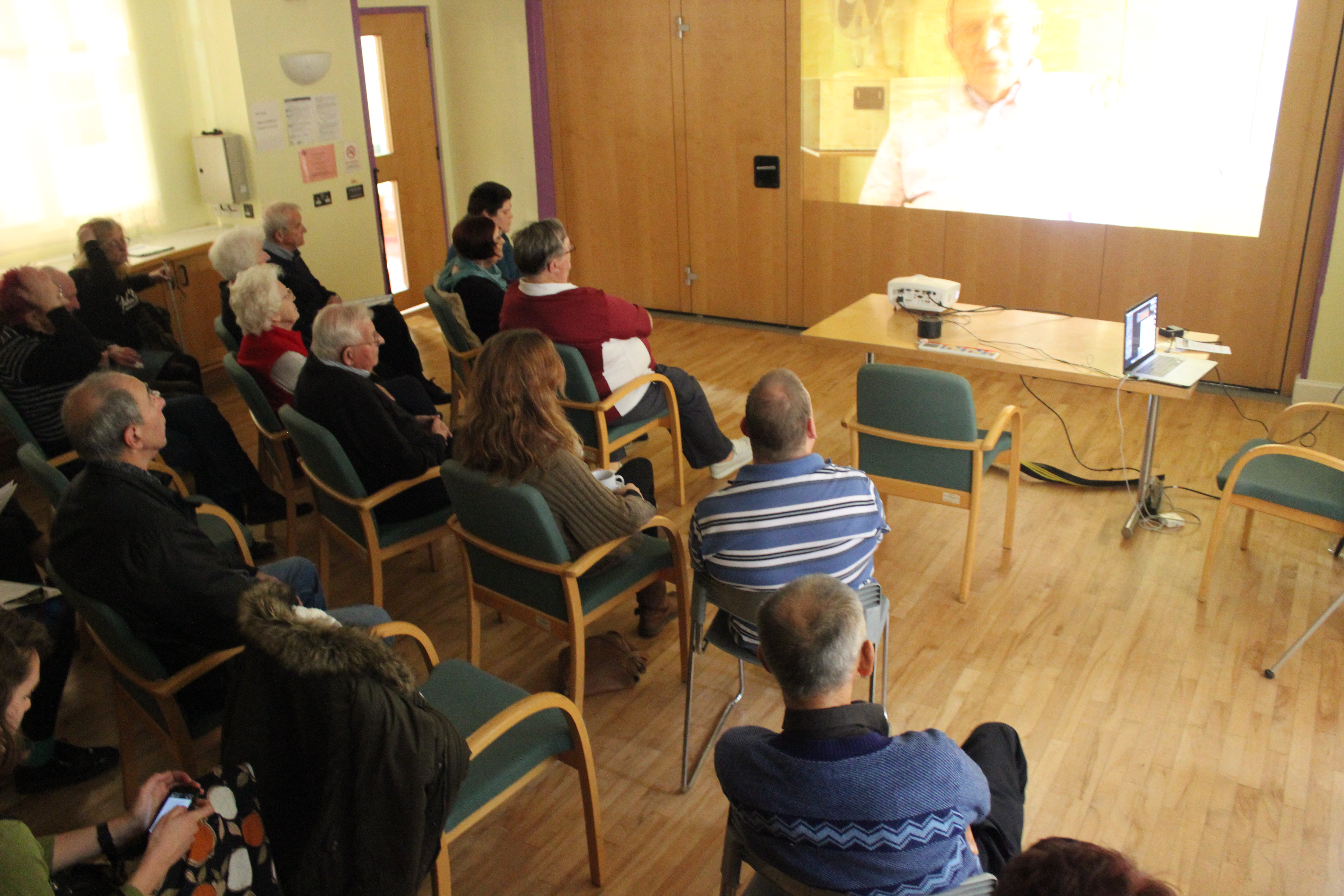 Sadly, as with so many areas in our public and charitable sectors, funding cuts to resources and activities are now playing a significant part in the story of this site and that of the provision for the sight impaired in Bristol, creating uncertainty around what activities, provision and community there will be in the future.

Slowly, developing ideas are emerging from creative explorations led by Stephanie Kempson. These have included devising physical environments for people to travel through that would immerse them in a tactile world. People’s most easily remembered morning journeys to begin with then freely taking elements of those journeys to create new physical environments that participants experienced with eyes closed. “Welcome to my world!’ was the remark of one of the sight impaired participants. Some lovely imaginative work was done and it was fascinating to imagine how these pieces might begin to evolve as immersive experiences, weaving memories and experiences from different timelines in the site’s history together – journeys through sound, touch, temperature change, atmosphere. This was followed by a session exploring how to bring a heightened imagination to the experiences and journeys of sight loss and sight impairment by entering the world of myth, fairytale and fiction.

As each new session unearths fresh perspectives and possibilities and this fascinating and inspiring process with a committed, generous and humorous group of participants continues, all the important questions remain to be answered; ‘Which are the stories most needing to be told? What are the best and most appropriate forms with which to tell them? Why do we have the right to tell them at all? And why do they need to be told now…?

RNIB Place Based Theatre Club sessions will culminate on December the 22nd in a sharing of the ideas developed so far.